This article is from Issue 102 of Woodcraft Magazine.

Wavy or Straight? Ash’s sapwood is a pale, creamy yellow. As a ring-porous hardwood, the grain is considered “irregular” with a pronounced color difference between the earlywood and latewood that form the annular rings. This gives the threatened wood species a striped appearance similar to oak.

Epitaph for a hardworking American

About one hundred years after a blight killed off the American chestnut, we are witnessing the demise of another of North America’s noble hardwoods: ash. Instead of a fungus that did in the chestnut, the culprit this time is an invasive beetle from Asia known as the emerald ash borer. Its larvae bore into the trees and eat the inner bark, which eventually kills the tree. As of this writing, tens of millions of trees have succumbed, with no end in sight. In addition to the environmental impact, this die-off is particularly sad for craftspeople, as ash is one of the harder working, yet underappreciated heroes of the woodworking world. While this article focuses on white ash (Fraxinus Americana), much of the information holds true for several other ash species, including black, blue, green, and Oregon, all of which are cut and milled commercially for lumber. 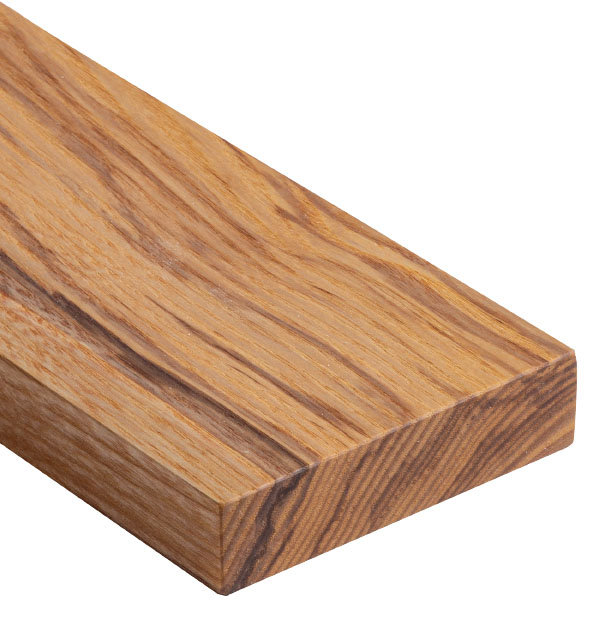 Deeper coloration. While ash is known for its creamy yellow hue, its heartwood can offer a variety of rich darker tones and streaks.

White ash trees grow throughout eastern North America. These stately trees are typically between 70 and 100' tall and can have a diameter of up to 5'. While the species is not listed on the CITES list, the IUCN Red List notes that it is critically endangered due to the insect attack. At the moment, there is plenty of ash lumber to be had due to the trees being cut down before they succumb to the boring beetle.

Lately, ash has been seen as a secondary wood, overlooked in favor of the richer colors of cherry, oak, and walnut. But this wasn’t always so. When wood was more important to everyday life, ash’s qualities as a springy and strong yet relatively lightweight material meant it could be made into a remarkable number of utilitarian objects. For example, the earliest known wheel, dating to 3500 BC, was made from two slabs of ash. In his delightful book The Man Who Made Things Out of Trees, author Robert Penn explored the interconnection between ash and western civilization. He had an ash tree cut and made into many traditional objects, including a toboggan, a bow and arrow set, a spoked wagon wheel, an axe handle, and more—things that made life easier throughout the millennia. Thumbing through those pages, you’ll get a real appreciation of how ash was intertwined with our ancestors’ lives. If, however, your interests run more toward sports than history, you likely know how important the wood is to the game of baseball. In the past 100-plus years, ash has been turned into millions of bats, including countless Louisville Sluggers. It’s sad to think of future generations missing out on having their hands sting after a hit, or being told to hold the bat with the label up so it won’t break.

White ash is the strongest and most prevalent of the ash species cut commercially. It is available as solid stock in thicknesses from 4/4 to 16/4, widths from 4" to 20" or more, and lengths to 16'. Prices start at $3-4 per board foot. Ash veneer and plywood are also available. Solid ash works well with both machine and hand tools. It glues readily, holds nails and screws resolutely, and stains and finishes nicely. It also bends very well , whether steaming or strip-laminating. Because of its coarse grain and hardness, however, it’s only fair to middling for carving, but it does turn well. It is also one of the easier woods to dry. So if you want to try your hand at sawing your own lumber, ash is a forgiving place to start. 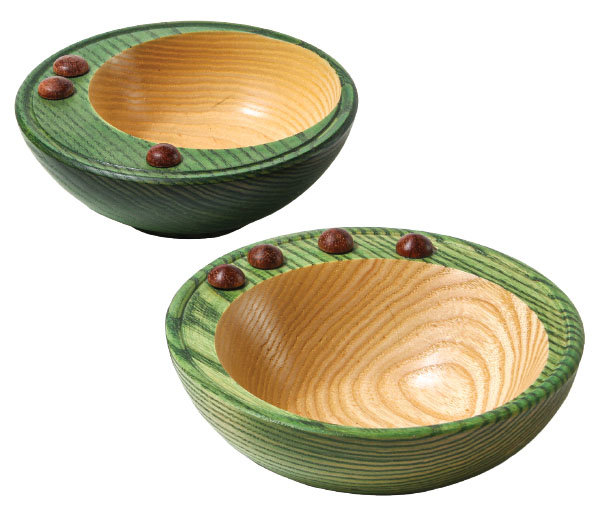 Easy on the eyes…and the wallet

I like ash and have worked with it extensively in my career. I particularly like to contrast it with darker woods: a table with ash legs and a walnut top for instance. Or, as shown on page 22, an ash base for a lamp with a cherry shade. I also use it a lot in the beginners turning classes I teach for several reasons. First, it turns well for both spindle and faceplate work. Sharp gouges and skews leave a smooth surface that requires a minimum of sanding. Second, it’s relatively cheap, meaning I can give my students several pieces to play with for what it would cost to give them a single piece of pricier woods such as walnut or cherry. And third, it plays well with a number of finishing techniques. Michael Keh’s fire sanding (Oct/Nov 2020, Issue 97) works particularly well, as do TransTint dyes (photo below.) I, for one, truly hope that the current beetle invasion doesn’t mean the end for this marvelous wood species, and I encourage you to give it a try while you still can.