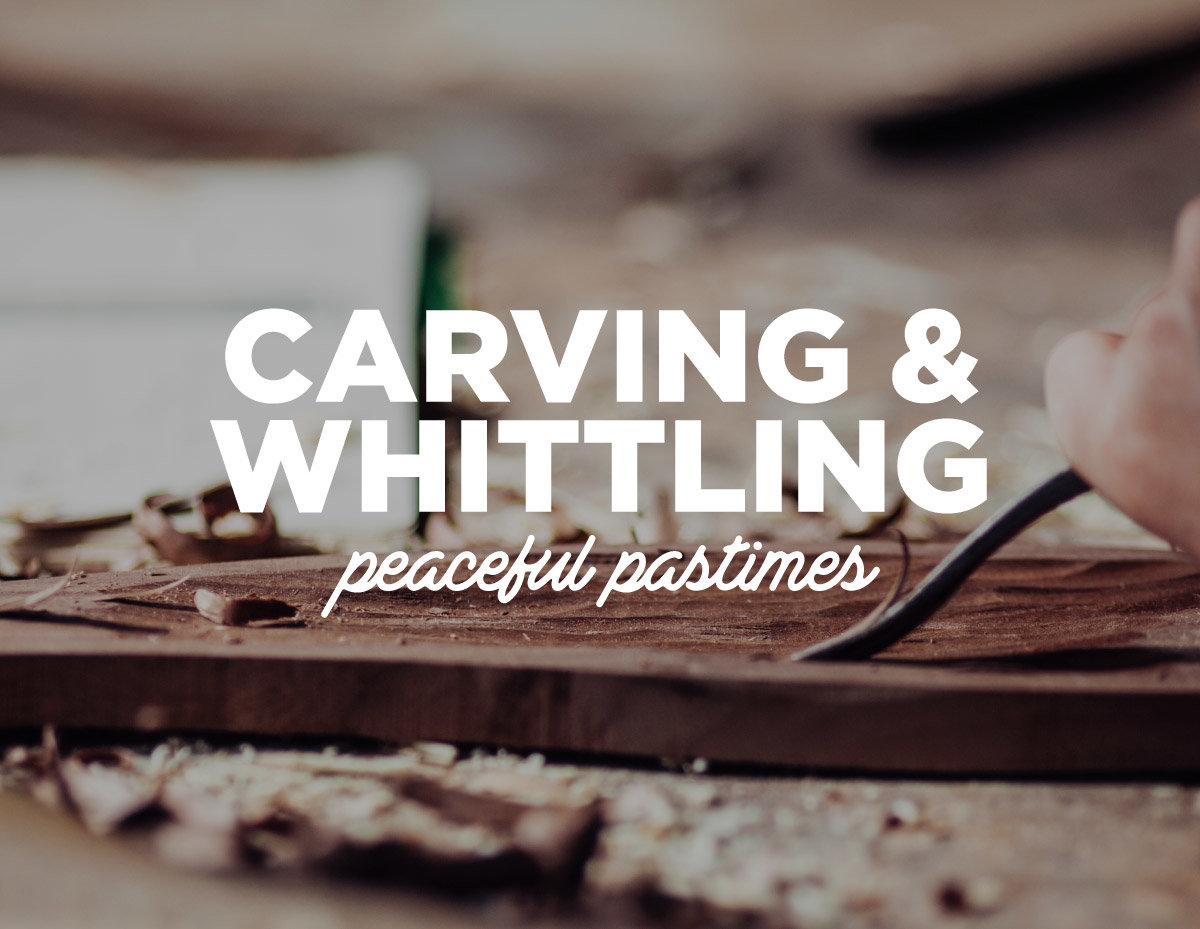 Carving – Chip Carving, Relief Carving and Power Carving or simply whittling is a satisfying pastime that anyone from a beginner to an expert can enjoy!  There are a variety of carving methods as well as woods to choose from and knowing which ones to use depends on the project at hand.  Power carving is primarily used for removing large chunks of wood and for those individuals that do not have the strength in their hands to use traditional tools. Chip and Relief carving refer to the style used to remove wood. Chip carving removes small chips in one stroke while relief carving removes wood in a more delicate manner with design in mind.  Whittling differs from carving in that no chisels, gouges or power tools are used.  Using nothing but a knife and a piece of wood, you can create a project in a matter of minutes, giving instant gratification to even a beginner.

LEARN THE PARTS OF A CARVING TOOL

The steel blade of a woodcarving tool is fitted to a wooden handle by its tang. It is normally quite straight forward to separate them. Sometimes the word blade refers to all the tool except the handle, sometimes to the immediate part with the cutting edge, depending on context.

The handle itself may have a metal ferrule at the tang end. Another, heavier, ferrule is sometimes fitted to the other end limiting damage to the handle when it is struck with a mallet.

Between the blade proper and the tang may be a shaped lump of metal: the shoulder or bolster. This prevents the tang being forced into the wooden handle and splitting it.

Blades are either flat (chisels) or curved in cross-section (gouges). A flat chisel has two bevels and each side looks the same, but a gouge will have a concave surface and a convex one. The concave side is known as the inside, face, hollow, channel or mouth of the gouge. The other, convex, surface is the outside, reverse, or back.

The terms 'in cannel' and 'out cannel' refer to the inner and outer faces of any carving tool which has them; without specifying an actual tool. Cannel comes through 'cannelure', from the French for a channel, and is used in architectural contexts to mean a flute. It is also related to the word 'channel', and 'canal', the watercourse. The root of all these words is the Latin canalis, a pipe or duct. Although useful words, they are more often used by toolmakers than carvers.

From the shoulder is the shank: which leads into the various shapes of blades.

At the working end of the tool, a bevel diminishes the thickness of the steel into the cutting edge. There may also be a bevel on the inside of the gouge; in other words there may be an inner bevel and an outer bevel. The corner where the bevel meets the full thickness of the blade is known as the heel.
Whittling differs from carving in that no chisels, gouges or power tools are used.  Using nothing but a knife and a piece of wood, you can create a project in a matter of minutes, giving instant gratification to even a beginner.