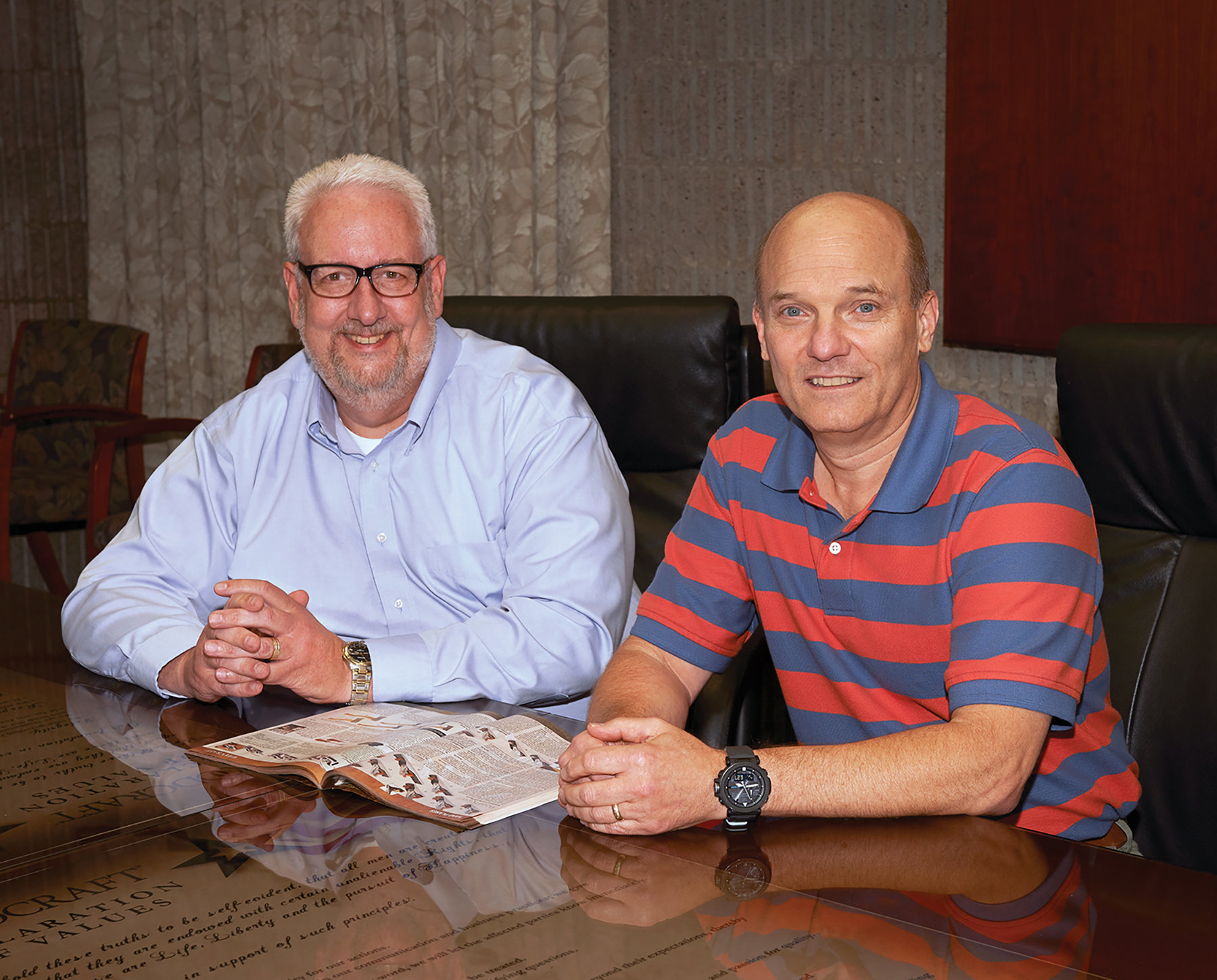 “In his new position, Jack will be responsible for all aspects of the business, except for accounting/finance, which will continue to report to me for the immediate future,” Garrett said. “Jack is an excellent team builder, and this competency, combined with his excellent retail merchandising, retail operational and overall sales/marketing skill set, will serve him well in this position.”

Garrett, who has been President and Chief Executive Officer of Woodcraft since May 2012, will continue as CEO, concentrating on completing the office systems upgrade and retail point-of-sale conversion projects he initiated while President. He will also assist Bigger in identifying strategic opportunities to strengthen Woodcraft’s retail presence in the marketplace.

“I am honored and humbled to be selected to lead a company as fine as Woodcraft,” Bigger said. “From Woodcraft employees to our Franchises to our suppliers, we all have the same goal of promoting woodworking as a source of enjoyment and fulfillment in people’s lives. It doesn’t get much better than that. I plan to continue the legacy of shaping long-term relationships and strengthening this community as we build our future together.”

Bigger joined the Woodcraft team in 2001 and immediately began to develop a broad understanding of Woodcraft retail operations, while providing assistance wherever possible in the areas of in-store merchandising, retail staff development, product knowledge, customer service and marketing promotions. In 2008, Bigger was asked to take on additional responsibilities for retail promotional activities, and soon after he was promoted to director of multi-channel sales.

Prior to working for Woodcraft, Bigger was employed by J. C. Penney for 27 years, where he began his retail career selling shoes and men’s clothing. He progressed through many management assignments over the years and eventually managed two stores.

Bigger and his wife Cathy make their home in Athens, Ohio. They have been married for 43 years and are staunch Ohio University basketball and football fans, while also remaining loyal fans of their alma mater, The University of Missouri. They have two adult children and six grandchildren. In his spare time, Jack sings in his church choir and with other local choral groups.

Woodcraft, one of the nation’s oldest and largest suppliers of quality woodworking tools and supplies, is celebrating its 90th anniversary this year. The Parkersburg, W.Va.-based company sells more than 20,000 products at 76 retail stores in 35 states, through two million catalogs distributed annually in all 50 states and 117 countries, and online at woodcraft.com.

To provide opportunities for learning and improving one’s woodworking skills, Woodcraft offers classes at retail stores, how-to videos, blogs and articles on woodcraft.com, and a broad range of editorial, project plans and other resources in Woodcraft Magazine. Woodcraft also provides support for The American Woodshop with co-hosts Scott and Suzy Phillips on PBS and other woodworking personalities who provide educational content on traditional, online and social media channels.