This item has an additional shipping charge

This heavy duty, galvanized finish shelving system is suitable for your garage, workshop, or basement. The double slotted standards offer the versatility of multiple mounting options and lengths. 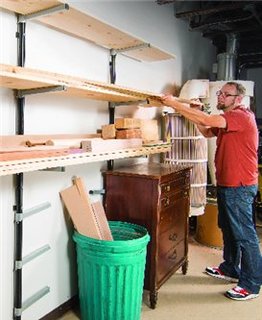 Managing the lumber supply can be a challenge in any woodshop, but it’s a problem worth solving.