This article is from Issue 20 of Woodcraft Magazine. 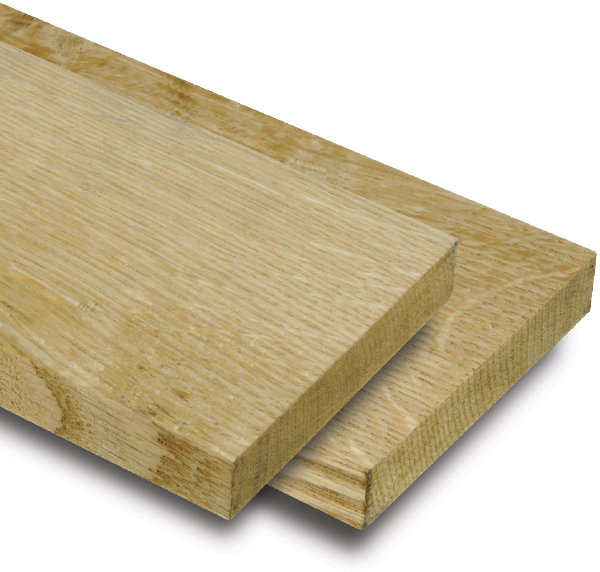 White oak produces fine lumber and exquisite veneer. Its cellular structure proves impermeable to liquids and is resistant to decay, making it suitable for outdoor projects—a rare feat for a North American hardwood.

Although only one species, Quercus alba, is botanically correct when called white oak, the forest products industry lumps 16 species together under that name because they share the same characteristics. When you buy white oak lumber, it may have come from bur oak, chinkapin oak, live oak, overcup oak, or others in the Quercus family.

Though somewhat revived at present for furniture and cabinets, white oak has traditionally been more of a workhorse wood, a role that began with the seafarers of Colonial New England. Their ships of white oak sailed the world in trade of molasses, rum, silks, spices, and wine. America’s ocean-going white oak also proved its mettle in battle. The frigate Constitution, known as Old Ironsides, boasted a gun deck, keel, planks, and frame of this rugged wood.

Increasing world trade earmarked white oak for yet another role—barrels. Cooperage became a thriving industry along the nation’s eastern coast, taking its place with ship builders, wagon makers, and other users of utilitarian white oak. Even basketmakers yearned for its green wood for weaving.

It was only during the Victorian Age of the late 1800s that the wood stepped up to furniture status. With stain and coats of varnish it became the immensely popular “Golden Oak,” a style only to be surpassed by the 1920s Arts and Crafts creations of Gustav Stickley and others. This mission furniture, as it has come to be called (see page 22), took full advantage of the attractive ray flecks exposed in quartersawn stock. 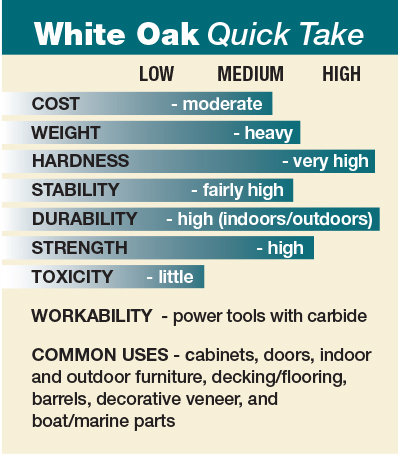 With the exception of an Oregon and Arizona species, white oak hails from the East. It grows plentifully from southern Canada to the Gulf of Mexico and west to the Great Plains. In the eastern forests, white oaks can attain heights well over 100' and 4' diameters. (Trees with 8' diameters have been logged).

White oak, given its application to so many uses, surprisingly remains quite a bargain. Readily available, although not in the same abundance as red oak, white oak FAS 4/4 (13/16" ) flatsawn stock sells for about $3.50 a board foot. Add at least $1 per board foot for riftsawn or quartersawn boards. Plain-sliced veneer runs about $2 per square foot (a lot more for fancy grain). White oak plywood, when you can find it, costs around $60 a sheet. 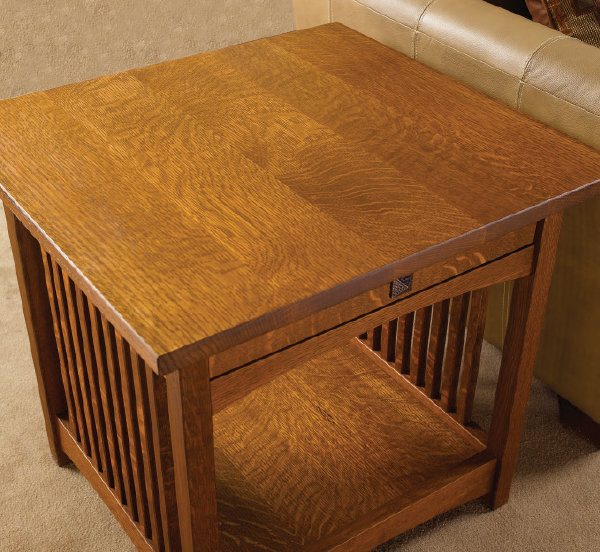 quartersawn WHITE OAK was used for this Mission-style end table by Jim Probst.

Although the name implies its color (or lack of), white oak isn’t white but varies from light tan to brown, with little uniformity. This means sorting through boards for ones of uniform color. You can, though, count on it being heavier than red oak and not as coarse, but with similar straight grain.

If you have the option, inquire about the wood’s origin. White oak from the northern part of its range usually is less coarse and easier to work than southern-grown wood. Also inspect the wood for seasoning defects, particularly the expanded cells called “honeycomb” which weaken the stock and can be detected by viewing the end grain. 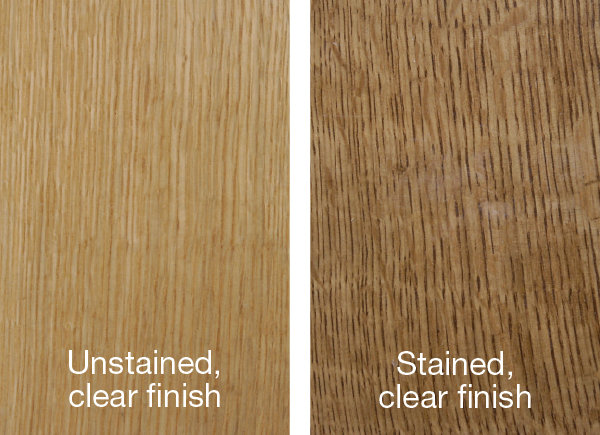 Working white oak in the shop

A keen nose will pick up white oak’s distinct (but not unpleasant) fresh-sawn scent. Its odor marks the beginning of a great machining experience, if you pay attention to detail in the following operations.

When routing, take shallow passes to remove stock to reduce splintering. For the same reason, use a backing board when routing end or cross grain.

Jointing. Flatsawn stock will be chip- and tearout-free if you joint it “downhill.” That is, if you feed the stock into the rotating knives in the direction of the board’s grain, not against it.

Boring and drilling. Always drill pilot holes for screws in this coarse-textured wood. Remember, too, that with quarter- and riftsawn white oak, the rays may lift if you don’t work slowly when boring. Set a drill press for a lower speed (500 rpm) than you’d use for other hardwoods.

Assembling. Keep topmost in mind that white oak’s tannin content will turn glue squeeze-out touching metal (a clamp jaw or bar) into a blue stain. So protect the wood with waxed paper.

The same tannin will turn ordinary screws black and stain the wood if used for outdoor projects. Brass or stainless steel fasteners guarantee good appearance, although they cost more.

Sanding. Don’t hand-sand flatsawn white oak without a pad or block; you’ll remove more of the softer earlywood than the harder latewood, resulting in ridges that stand out under a finish. Otherwise, the wood sands without a problem if you use progressively finer grits.

Deciding on the right finish

White oak’s tan color under a clear finish may seem too “cold” for many woodworkers, but all clear film finishes will do if applied in thin coats.

Staining white oak to change its color isn’t a problem, and all stains should work well. For quartersawn and riftsawn stock, try  an aniline dye. It penetrates evenly, but the ray flecks won’t absorb as much, making them really stand out. 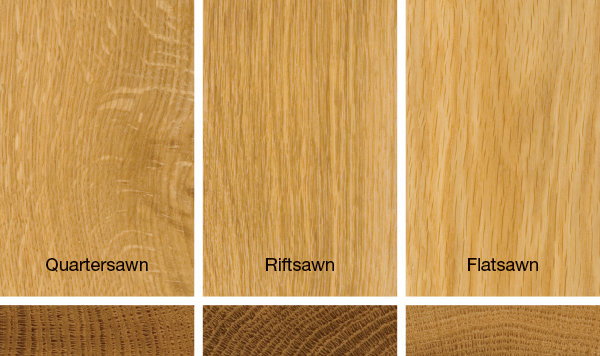