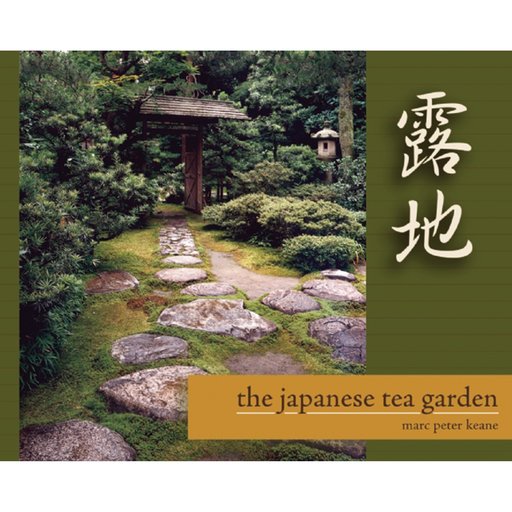 Clearance Products & Pricing May Not Be Available At All Retail Locations

Almost every Japanese garden has been influenced by the tea garden. In this important work, Keane describes the history, design, role, and aesthetics of tea gardens, from Tang China to the present day. The Japanese Tea Garden is the most extensive book on this genre ever published in English. With detailed notes in English and Japanese, bibliography, index, 115+ color photos and drawings. An exceptional, significant work.


“Marc Peter Keane is the undisputed American master of Japanese garden scholars. . . . Since tea gardens have had a major impact on the design of Japanese gardens in general, this book is a necessary addition to the library of any serious student. The rest of us will enter with humility—mindful of the small door through which one must crawl into the tea room—and sip slowly.”—New York Times Sunday Book Review

“Impeccably written, erudite without being burdensomely intellectual, what sets Keane’s beautifully measured and considered prose style apart from other garden writers is the carefully created mood of his text, which aspires at times to verbalized contemplation. . . . Likely to remain the standard work on the subject for a very long time to come”—Stephen Mansfield, Kyoto Journal

Marc Peter Keane, a graduate of Cornell University, is an American landscape architect and author. He lived in Kyoto, Japan, for nearly 20 years, and specializes in Japanese garden design. He maintains a design office in Ithaca, New York. He is the author of several books about garden design: Japanese Garden Design, Sakuteiki: Visions of the Japanese Garden, The Art of Setting Stones, and The Japanese Tea Garden. Keane has worked as a lecturer in the Department of Environmental Design at the Kyoto University of Art and Design and at Cornell University, and is a fellow at the Research Center for Japanese Garden Art, Kyoto, Japan, and the Institute for Medieval Japanese Studies, New York.