The Liberty Bell, located in Philadelphia, is one of the most iconic symbols in US history. The Pennsylvania Assembly had the bell made in 1751 to commemorate the 50th anniversary of William Penn’s...

The Liberty Bell, located in Philadelphia, is one of the most iconic symbols in US history. The Pennsylvania Assembly had the bell made in 1751 to commemorate the 50th anniversary of William Penn’s Charter of Privileges, the state’s original constitution. “Proclaim Liberty throughout all the land unto all the inhabitants thereof” is inscribed on the bell, which was not called the Liberty Bell until the late 1830s when it became a symbol for the abolitionists who opposed slavery.

This spectacular pen kit captures many of the characteristics of the Liberty Bell: the attention to detail in the bell and rope clip, the nib shaped like the bell’s clapper, the American Flag draped around the cap, and the center band inscribed with “Proclaim Liberty.” Kit is equipped with an ultra-smooth twist mechanism, along with a Parker style refill for optimum writing performance.

Perfect for the history buff in your family

Kit requires a blank of wood or man-made material, bit, mandrel and bushings, all sold separately.

May is a month of celebrations that honor the people who protect us in a variety of circumstances: Emergency Medical Technicians, Firefighters, Police Officers and Military Personnel. To say “thank you” to these men and women who put their lives on the line every day to protect us, why not make a memorable gift in the form of a special handmade writing instrument? 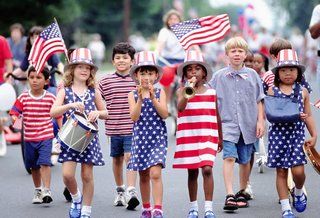 Get Patriotic at Woodcraft

Show your red-white-and-blue spirit with these USA-inspired projects and resources for all skill levels.