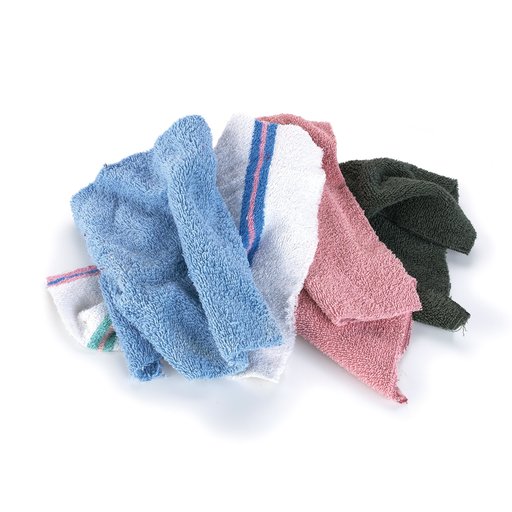 Goodwill of North Central Wisconsin is at it again, but this time with old terry towels. I don’t know about you, but I have never had enough old towels to do anything with so the offer intrigued...

Goodwill of North Central Wisconsin is at it again, but this time with old terry towels. I don’t know about you, but I have never had enough old towels to do anything with so the offer intrigued me. Just as I suspected, I found lots of uses for them. Applying stains, waxes and oil finishes, buffing or rubbing out finishes, and wiping off my hands after working on equipment. Well, the list keeps growing because I now have an inexpensive source for toweling, plus a lot of the time I can simply throw them in the washer and reuse them. Can’t say they’ve replaced old T-shirts (can anything do that?), but they have paper towels. No secrets here, we buy them from Goodwill of NCW and sell them to you. Help a good cause and buy GoodWipers from us. You’ll be helping employ folks with barriers to unemployment learn as well as earn and helping Goodwill of NCW continue their good work.

Who is Goodwill and Goodwill Industries of NCW?

In 2015, Goodwill Industries of North Central Wisconsin served 63,701 people. The dollars Goodwill earns through donations and sales support its life-changing mission of Elevating People, Transforming Communities and its work in 30 programs and services. The GoodNeighbor program works through other service agencies in helping people in need by providing gift cards to our retail stores and training centers. Goodwill NCW gave away $841,352 of free merchandise in 2015 to 38,975 people. Nationally, CharityWatch, an independent organization that evaluates philanthropic organizations, gives Goodwill an “A” rating — one of the highest in the country for a nonprofit organization.”

Goodwill Industries of NCW utilizes the force of over 50 individuals with barriers to employment. They help them to learn job skills as well as social interaction skills. Partnerships within the community and businesses help to fund programs and bring meaningful work and lives to those served.

• Proudly recycled in the USA