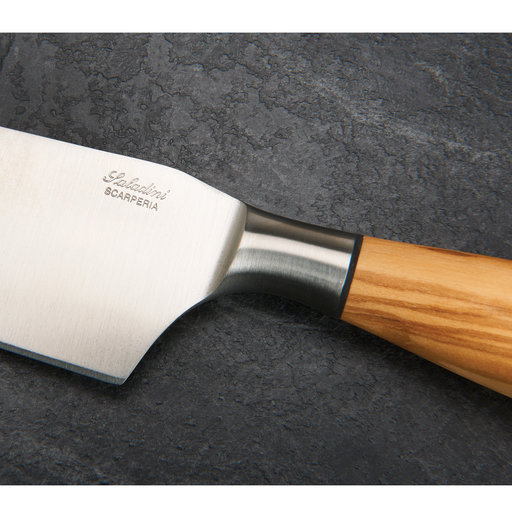 Saladini 8" Chef’s knife is a perfectly balanced work of art. This is a knife with enough belly for dicing onions and herbs, as well as a fine edge for slicing meats, and features stainless steel...

Saladini 8" Chef’s knife is a perfectly balanced work of art. This is a knife with enough belly for dicing onions and herbs, as well as a fine edge for slicing meats, and features stainless steel throughout with a single piece of gorgeous Italian olivewood for the handle. Might be our favorite except perhaps for the 6.5" Chef Knife (164480). 420B Stainless Steel, hardened to HRC 55-57, was selected for the blades because it releases the least chrome during use. Hand-wash with mild detergent or soap, and use sodium bicarbonate to remove any stains soap cannot remove.