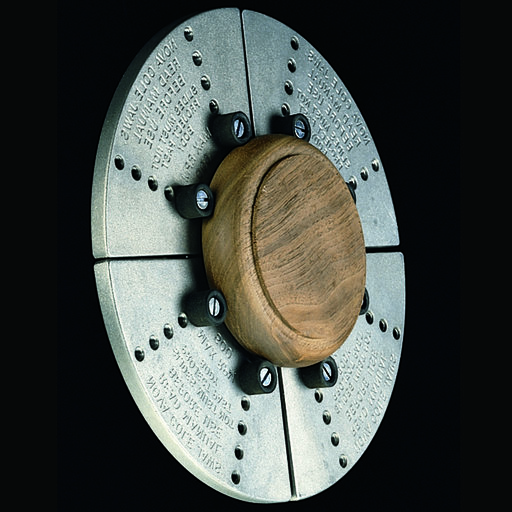 These versatile jaws of sturdy 3/8" thick cast aluminum with a 10" diameter have the same basic configuration as the smaller 25mm and 50mm units and can expand into a 95-117mm (3-3/4"-4-5/8") dovetailed recess, or clamp the outside of a turned dovetailed foot 84-104mm (3-5/16"-4-1/8") in diameter. Space the 8 rubber stoppers in any of 8 diameter positions on the face of the collet plates to finish the bottom of a bowl up to 10" in diameter. For larger bowls the stoppers may grip from the inside as the chuck expands outward. Any of your own custom made wooden plates may be applied. Manufacturer recommends not to exceed 600 RPM with Cole Jaw Set. 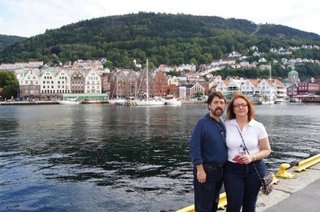 A Knoxville, Tennessee, couple celebrated their 10th wedding anniversary sailing along the Norwegian Coast on a woodturning cruise as a result of winning the NOVA sweepstakes.