Ken Richardson, Woodcraft of Harrisburg Employee Posted on Mar 1, 2020 5:00 AM

I’ve always considered the dovetail joint to be one of the most versatile and adaptable joints in woodworking. The origins of the dovetail are unclear, but examples can be found in ancient Egyptian furniture and Chinese tombs. The joint can be used in small projects like a jewelry box or large ones like a log cabin. Dovetails can be cut by hand, but I prefer to use a jig.

The two main styles of dovetail are full (or through) and half (see above). In the full dovetail, the joint is visible on both sides, while in the half the joint is only visible on one side. The jigs work by first correctly setting a dovetail bit and collet in the router, mounting the boards in the jig, and then using the collet to trace the fingers of the jig. I always practice on some scrap wood which is the same thickness as my project to make sure I have the jig and router adjusted properly. 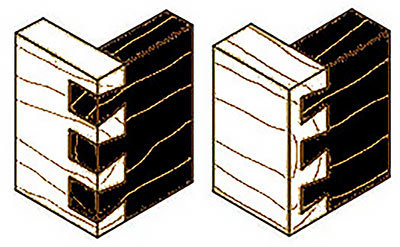 Full (left) and half (right) dovetails

The size of the project is the first determining factor in choosing a jig. All Porter Cable jigs are twelve inches wide. If you need larger, Leigh has models at 12, 18, and 24 inches. For most box and drawer construction one of the twelve inch models usually works, larger projects like chests or cabinets may require a bigger jig.

Porter Cable has three models of dovetail jig. The 4210 will do half blind dovetails, the 4212 will do half and through dovetails, and the 4216 adds a miniature template. All of the Leigh jigs will do variably spaced half and through dovetails and a variety of finger joints also. If I was just doing cabinet drawers or simple boxes, I would stick with one of the Porter Cable models. I chose to get a Leigh because I like to make different styles and the Leigh gives me that versatility with one jig. There is an added cost for that functionality and a little more of a learning curve (the instructions were great), but for me it was well worth the cost. Leigh also makes a vacuum and router support accessory for both their jigs and the Porter Cable jigs- worth its weight in gold for keeping the mess out of your shop while cutting dovetails. 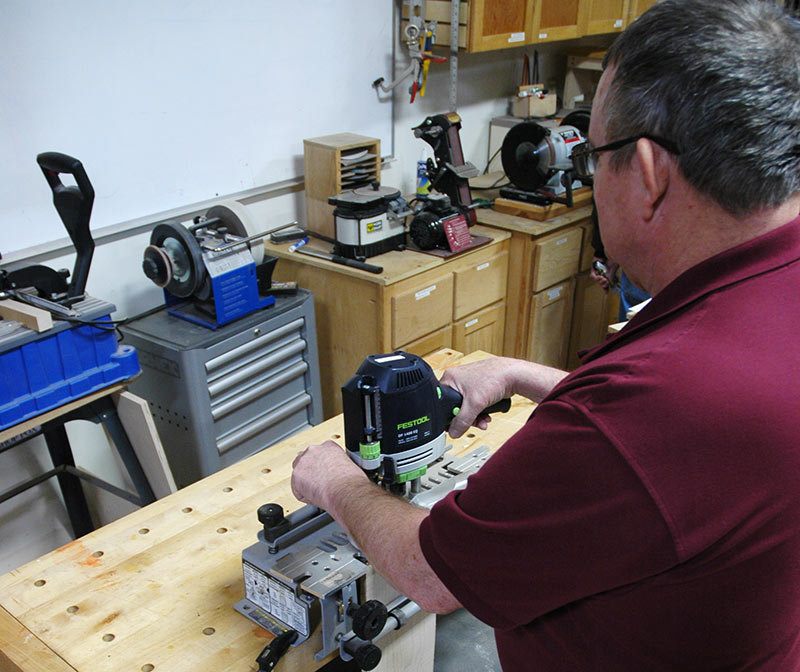 The author setting up a dovetail jig