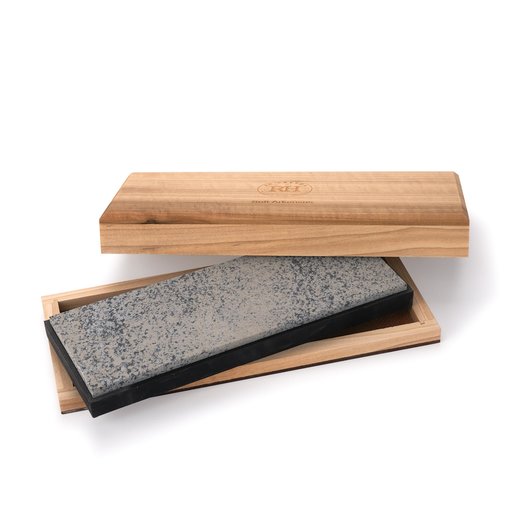 Soft Arkansas is considered the coarsest of Arkansas sharpening stones, with a grit range of 400-600 that will provide the initial edges and first level of polishing. Arkansas stones resist wear...

Soft Arkansas is considered the coarsest of Arkansas sharpening stones, with a grit range of 400-600 that will provide the initial edges and first level of polishing. Arkansas stones resist wear and require only occasional touch up to flatten. This Soft Arkansas Stone measures 8" x 3" x 1/2" and is big enough to handle any hand plane blade, with lots of room for most anything you want or need to sharpen. It comes in a wood storage box. Stone can be used with or without lubrication, but we suggest light oil, which will keep the stone’s surface fresh and free from glazing that could potentially diminish the stone’s performance.


RH Preyda Arkansas Stones
RH Preyda’s 100% natural Arkansas stones are made from Novaculite quarried in the Ouachita Mountains, near Hot Springs, Arkansas. The unique cryptocrystalline structure and density are the keys to the stones retaining their effective abrasion characteristics and shapes with what amounts to minimal care.