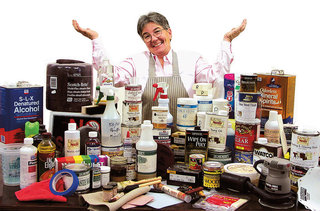 Teri Masaschi’s life goal was not to become a finishing expert. At age 14, she was focused on earning money to enroll in a private school that combined academics and the arts – including woodworking. Read more in Sharon’s Woodworking Adventures blog to see what sparked Teri’s interest in furniture restoration and woodworking. 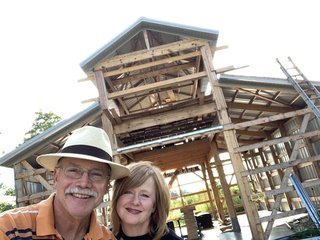 The American Woodshop co-hosts Scott and Suzy Phillips have dreamed for years of creating the ultimate building on a budget. Last year, they got their chance. With the help of some friends, a good ol’-fashioned barn raising took place near the couple’s Piqua, Ohio, home, and Suzy’s “She-Barn” became a reality. Part of the barn build was featured on Season 27 of the couple’s educational woodworking television show, which airs nationwide on public television. 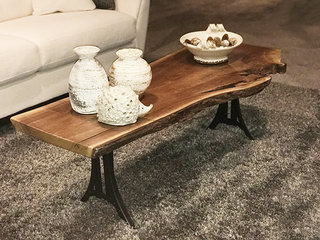 With a little bit of time and patience with a slab of your wood choice, using a few finishing products and adding wood legs or leg hardware, can culminate into a beautiful piece of furniture that is sure to be the room's highlight and topic of conversation with family and guests in any home! In this project we delve into the making of a live edge walnut slab coffee table with some stunning grain.