This article is from Issue 20 of Woodcraft Magazine.

As a practicing hand surgeon in a large metropolitan area, I often find myself in the emergency room trying to salvage the end result of man versus power tool. As an avid woodworker, I truly empathize with my fellow craftsman lying on a hospital gurney trying to cope with his feelings of fear, disbelief, and regret after a workshop mishap. After more than a decade of clinical work, I have seen injuries with almost every major tool. In each case, I ask for details on how the injury occurred to assess the mistakes made and the precautions that should have been taken. Because the table saw, the centerpiece of most shops, ranks as the biggest culprit, I’d like to delve into the four most common pitfalls on this tool and how to remedy them. But first…

When Experience Leads to Lax Safety Practices, Watch Out!

At age 70, “Robert” had spent the better part of the last 40 years making award-winning, decorative boxes. As I unwrapped the blood-tinged gauze to make my initial assessment, he warned me that the injury was fairly serious. Indeed, in a momentary lapse of caution, Robert had passed his hand across the blade to remove a scrap, partially amputating his index and middle fingers. Ultimately, the index finger was not salvageable and the middle finger was severely compromised by the injury to the nerves and joints. Although he has returned to woodworking, the recovery process was a real trial for Robert. I could see in his eyes that his spirit was nearly broken. The lesson: More experience does not translate into fewer injuries. I have found that beginners rarely get injured, in part due to healthy fear. The majority of the injured are experienced professionals and advanced hobbyists, both of whom develop a level of comfort with their tools and spend more time with them.

Although no two injured hands are identical, there are some common ways people get into trouble. 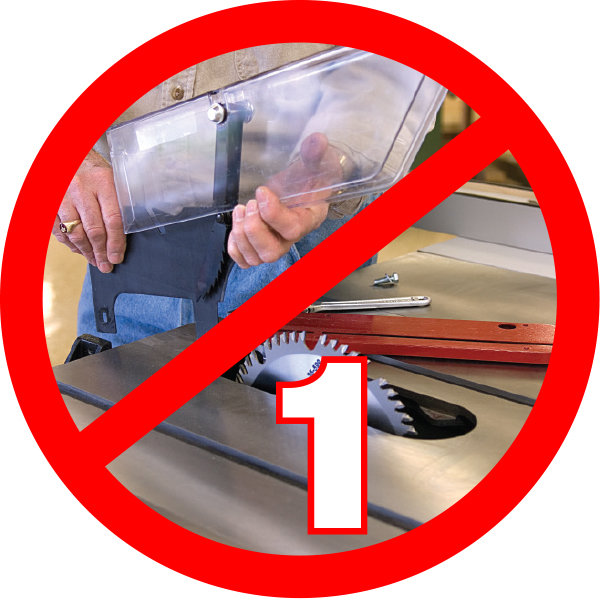 1. Removal of the blade guard.  As obvious as that point is, most do not appreciate how much protection the guard really affords. If I had to estimate, I would guess that at least 75% of the injuries that I have seen, if not more, would have been prevented by the use of a guard.

Remedy: I acknowledge that, for many, the guard hinders productivity and that certain techniques (e.g. non-through cuts, use of a crosscut sled) require its removal. Just keep in mind that when it is off, the danger factor elevates significantly and vigilance is mandatory. If your blade guard is flimsy or intrusive, consider purchasing a higher quality aftermarket guard. Some are suspended over the table (obviating removal for non-through cuts) and even incorporate dust extraction as an added feature. 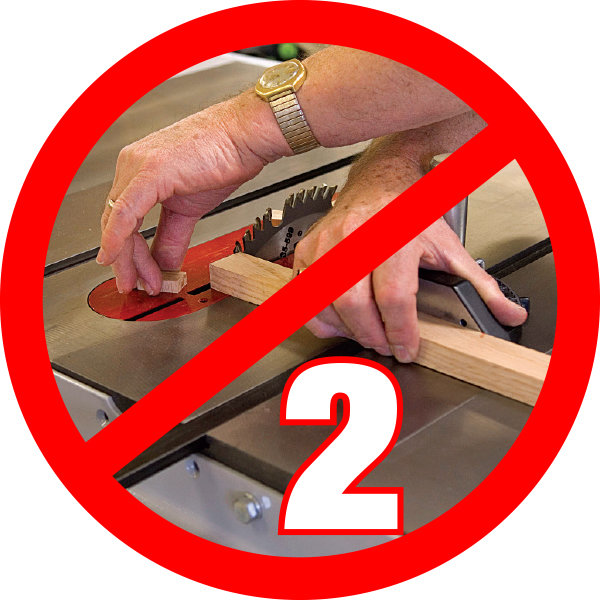 2. Reaching across the path of the blade to pick up a cut-off. As ridiculous as it sounds, we have all had projects that required multiple, repetitive cuts where you get lulled into the rhythm of cutting and discarding the scrap. A spinning blade’s outer diameter is difficult to visually estimate, especially if your mind has already moved on to the next step. Don’t count on your reflexes to minimize the damage.

It takes roughly 1/40th of a second for a pain signal to go from your finger to spinal cord and back to muscle that pulls your hand away. In that flicker of time, the average 40-tooth blade has already spun more than 60 carbide teeth across your fingertip.

Remedy: Whenever possible, use a pushstick to clear scraps or, wait until the blade stops moving and avoid an unwelcome manicure. 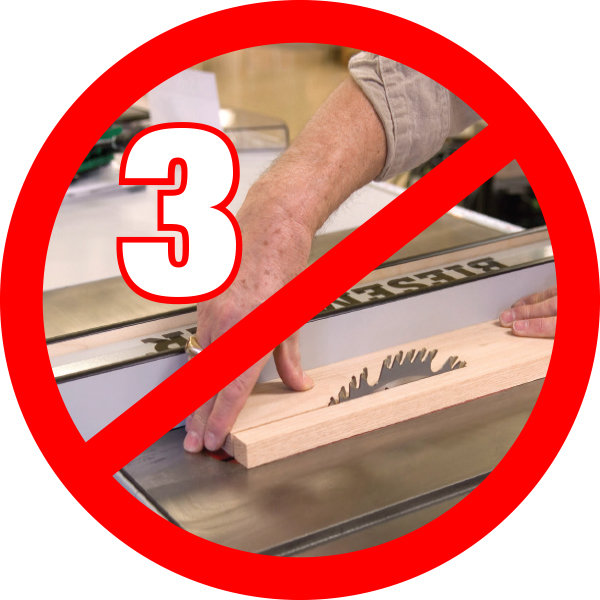 3. Kickback. The consequences of having a sheet of plywood flung into your torso may be obvious, but the potential consequences to your hands may not. While guiding a board by hand on a rip cut, you may think your hands are out of the danger zone once they have passed the leading edge of the blade. Think again. In the unfortunate circumstance of the blade binding, the wood lifts up and is thrust back towards you, potentially driving your forward hand across the blade from behind.

Remedy: A splitter with anti-kickback pawls or a riving knife is your best bet in preventing kickback in the first place. Unfortunately, many splitters are integrated with the blade guard and get removed.

If you can’t stand your blade guard, consider installing a stand-alone splitter at the very least. Aftermarket, quick-release splitters are available for most brands of saws. Alternatively, very simple shop-made or manufactured splitters can be installed on the throat plate just behind the blade.

Keeping your boards flush on the tabletop and firmly against the fence is the second essential element in preventing kickback. Featherboards help resist drift and can be adapted for use as a hold-down if your rip fence has adequate height. Commercially available hold-down rollers provide spring-loaded, downward pressure and can be purchased with unidirectional wheels. In a production environment, you may want to consider a power feeder. They are bulky, but your hands stay far clear of the cutting zone.

The Real-World Costs of Injury

Everyone knows that cost of medical care in our country is high and climbing. On the low end, you would be lucky to get out of the emergency room for under $500-$1,000 for a simple fingertip cut requiring stitches. At the high end, emergency microsurgery to re-attach a severed finger, if you are lucky enough to have something salvageable, can easily cost over $10,000. In spite of these large figures, the real impact on an accident victim goes far beyond the medical bills. (See the Real-World Hand Surgery Cost Chart below.)

Take the very real example of a cut flexor tendon of a finger (the tendon that you use to bend the finger). Even if only one finger is involved, the post-op rehab requires strict immobilization of all the fingers in a brace for at least six weeks. For those of us that use our hands for our work, that translates into serious loss of income and a lot of lonely days sitting around wondering why you made that bone-headed move.

Tragically, many of the more serious injuries that I see are beyond what modern medical technology can repair. A cut nerve or damaged joint virtually guarantees some loss of function. Although most of my patients are able to resume reasonably normal lives following a saw injury, many have permanent changes in either their work or recreational activities. Working smarter and taking your time is the only way to go. 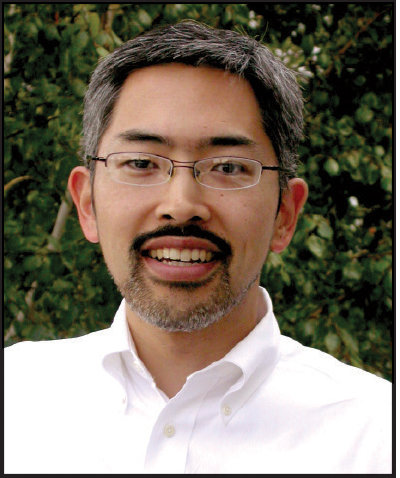 For me, table saw safety is a combination of using the best available safety equipment, uncompromising attention to proper technique, and honest acknowledgement of the potential danger of the tool. Last year, I sold my trusty Unisaw and replaced it with a SawStop saw. The electronic blade-breaking mechanism is revolutionary, providing a level of protection unmatched by any currently available device. In addition, the saw has a well-designed, quick release blade guard and splitter that can be rapidly removed or swapped with a riving knife in a matter of seconds. I hope that the major tool manufacturers, having rejected the blade-breaking technology when it was introduced, take note of this successful design and make innovation in safety technology a new priority.

Does my experience as a hand surgeon make me think twice about using a table saw? It sure does, and I’m glad of it. The heartbreak of seeing a fellow woodworker with an injured hand is the best antidote for complacency. I hope that this article gives you some insight into the reality of table saw injury and helps you to enjoy the craft while keeping your hands out of harm’s way. As much as I enjoy my profession, I would much rather meet you at a woodworking show than in the emergency room.