This article is from Issue 104 of Woodcraft Magazine.

Quiet woods that get the job done

Since the earliest days of furniture-making, woodworkers have saved their premium stock for where it counts—drawer fronts, face frames, tabletops—relegating less expensive material to the hidden parts of their work—drawer sides, case backs, and web frame members, for example. This lesser but no less crucial material has become known as “secondary” wood. Depending on your locale, nearly any type of wood might be considered secondary, provided it is plentiful enough and relatively inexpensive. But across the country, three species usually are tapped for these purposes: pine, poplar, and soft maple. 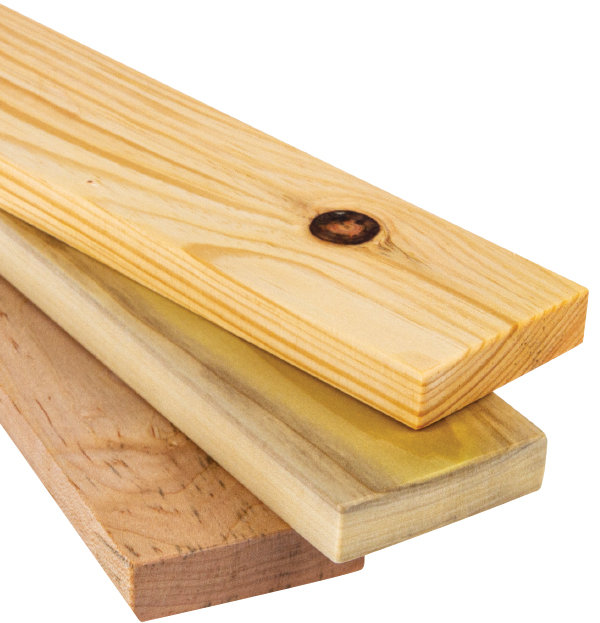 A whiter shade of pale. All three of these common secondary woods are on the blonde side. Pine (top) runs to a honey yellow hue, poplar (middle) skews greenish, while soft maple (bottom) is more of a creamy white.

What we woodworkers call “poplar” is wood from the tulip poplar tree (Liriodendron tulipifera), a common, rapid-growing denizen of the eastern U.S. You’ll also find the wood referred to as yellow poplar, tulip poplar, or tulipwood. From a botanical standpoint, the tree isn’t a poplar (Populus spp.) at all, but more closely related to the magnolia family.

Lumber sold as soft maple comes from many maple species (Acer spp.) that grow across the U.S. This includes red maple, silver maple, bigleaf maple, striped maple, and box elder—essentially any maple that isn’t sugar maple, which yields hard maple lumber. All of these trees are considered abundant and are species of least concern on the CITES and IUCN Red Lists. 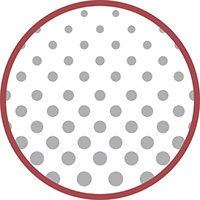 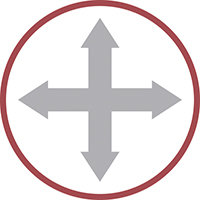 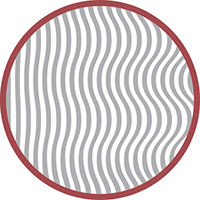 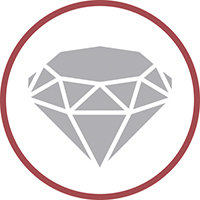 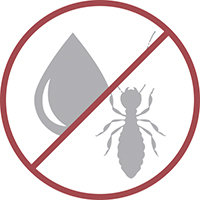 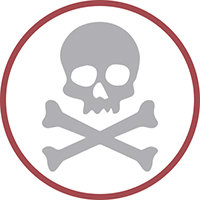 Back-up for a pretty front. With some designs, the front board of the web frames that support a piece’s drawers will be exposed. Make that from your primary wood, then save money by making the rest of the frame from a secondary wood.

Of these three secondary woods, eastern white pine has the most noteworthy history. As European immigrants started colonizing what became known as New England, the British monarch laid claim to the best white pines throughout the area. The towering white pines in those virgin forests provided superior lumber for the masts and spars needed by the royal navy to maintain their dominance at sea. Certain colonists objected to these claims leading to the Pine Tree Riot of 1772, one of the events that precipitated the American Revolution. Marking the event, the first flag flown by the colonists against the British featured a pine tree in its upper corner. Beyond the politics, countless modest, early American homes were furnished with pieces nailed together from these three humble woods. 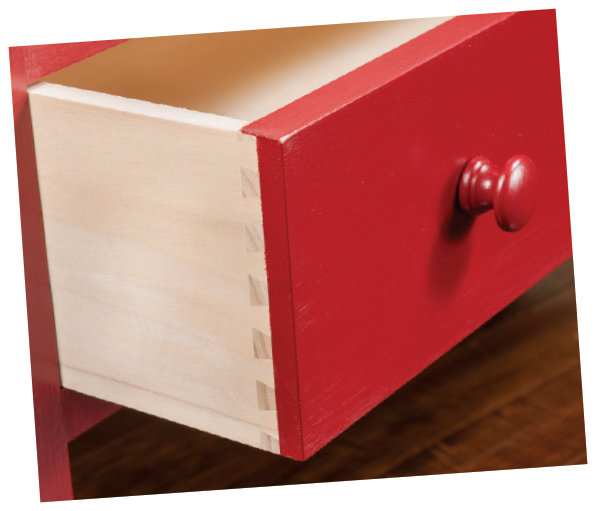 Drawer sides, backs, and fronts? In addition to being used where they aren’t normally visible, employing secondary woods for an entire piece makes good sense when the piece is to be painted. When making drawers, be sure to match the hardness of the sides to that of the supporting web frame to prevent uneven wear.

These three woods see frequent use because they are easy to work and are relatively inexpensive. They machine well, cut readily with hand tools, accept glue and finishes willingly, and hold fasteners tightly. Of the three, pine is the softest and least durable. It’s also the most widely available and cheapest ($1 to $2 per board foot). Under a clear finish it is a honey tan color that darkens with time. It stains well and is often one of the sample species finish manufacturers use to show off their products.

For only a little more money ($2 to $3 per board foot) poplar is often a better choice It is somewhat harder and longer wearing than pine. And it is available as wide, clear boards—pine frequently contains knots every foot or so unless you pay a premium for clear stock. When freshly cut, poplar is a pale tan with a greenish cast, though some boards can be markedly green and even feature colors from purple to nearly black. Sadly, these vivid colors tend to fade to brown with time. Poplar can be stained almost any color, though achieving a rich red hue can be tricky due to the its greenish base coloring. 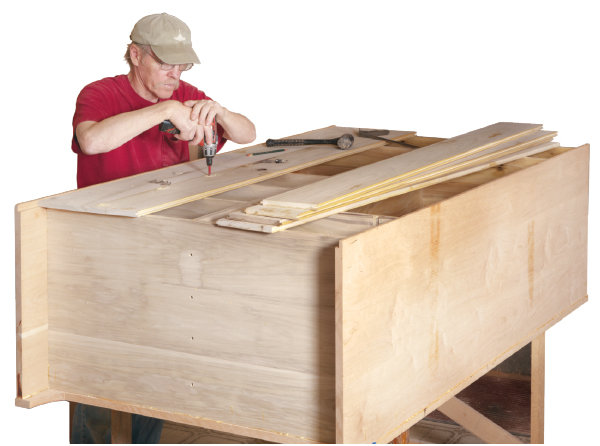 Shiplap instead of plywood. Although plywood panels are usually the go-to choice for case backs these days, using ship-lapped secondary wood boards can add panache that plywood can’t match.

With soft maple, don’t be fooled by the word “soft.” This is the toughest of the three woods discussed here—and the priciest at about $4 per board foot. While soft maple is only about half as hard as its cousin hard maple, it’s approximately on par with black walnut or cherry. When I have the budget, it is my choice for drawers and web frames. Under a clear finish, maple’s creamy white yellows with age. It, too, can be stained, though achieving dark colors can be difficult because its density affects stain absorption, especially with pigment stains. Best to use dyes.