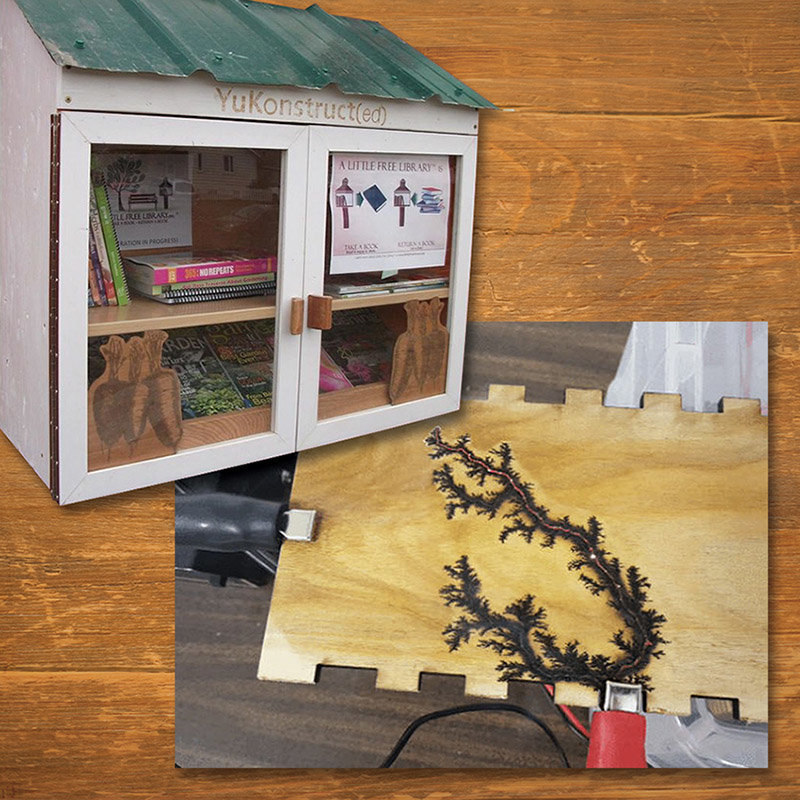 PARKERSBURG, W.VA. (June 2017) Teams of makers are invited to enter the Makerspace Contest on Instructables.com to win some of the $50,000 worth of prizes donated by Woodcraft, Epilog Laser, Ultimaker, Dremel, and Digi-Key Electronics. The online contest opened June 1 and will close end of day Aug. 31.

Instructables organized the first Makerspace Contest in 2015 to encourage makers around the world to build and share together. Makerspace refers to community space for makers who lack a place and tools to transform their ideas into finished projects. Prizes are tools that could be used to equip makerspaces.Teams should be made up of 5 to 20 members who live within 150 miles of each other.

The team that posts the most featured Instructables will win the Grand Prize, a selection of tools worth approximately $25,405. Excellent documentation and reproducibility are keys to becoming a featured project, according to the “Featuring Guidelines” that are linked to the prize descriptions in the Official Rules.

To enter and learn more about the contest prizes, visit www.instructables.com/contest/makerspace2017/.

Any type of project may be entered in the Makerspace Contest as long as it has multiple steps and each step has photos and explanatory text.

The Canadian YuKonstruct team entered the Most Featured Instructables (199) in the 2016 contest. Instructables in the contest ranged from Instructions for Buying an Ex-Ambulance to making Lactose-free Cauliflower “Alfredo” Sauce, creating  Fractal Art With High Voltage, building a Makerspace Parade Float featuring Magic Moosicorns, and making an Urban Gardeners’ Little Free Library for an existing community garden.

Instructables.com is described as The World’s Biggest Show and Tell. It attracts 30 million plus viewers each month to its web-based documentation platform that allows passionate creators to share what they do and how they do it, as well as learn from and collaborate with others. Besides offering a place to showcase and store new projects, Instructables also sponsors ongoing competitions.

What will you make?

We hope you'll be inspired!