This article is from issue 111 of Woodcraft Magazine

I turn a lot of segmented bowls. To make cutting the segments for the blanks easier, I devised this runner-guided bandsaw sled which can be configured to cut nearly any number (N) of segments (as long as [N] divides evenly into 360). For example, to make a sled for cutting eight segments, divide 360 by 8 (360÷8=45). This gives you the angle (A) between the two fences. Subtract (A) from 180 (180-45=135) and divide by 2 (135÷2=67.5) to calculate the angle (B) between the fences and the edge of the sled. Lay out the angles and screw the fences to the base. To cut the segments, start with a strip of segment stock against the trailing fence and make a cut to establish the first bevel. Hold the strip against the sled’s leading fence, with its tip against the saw’s fence positioned to serve as a stop, and make the second cut to create the first segment. Continue alternating between the two fences as you cut the remaining seven segments. Note that the width and length of the segment pieces will vary depending on your bowl design. 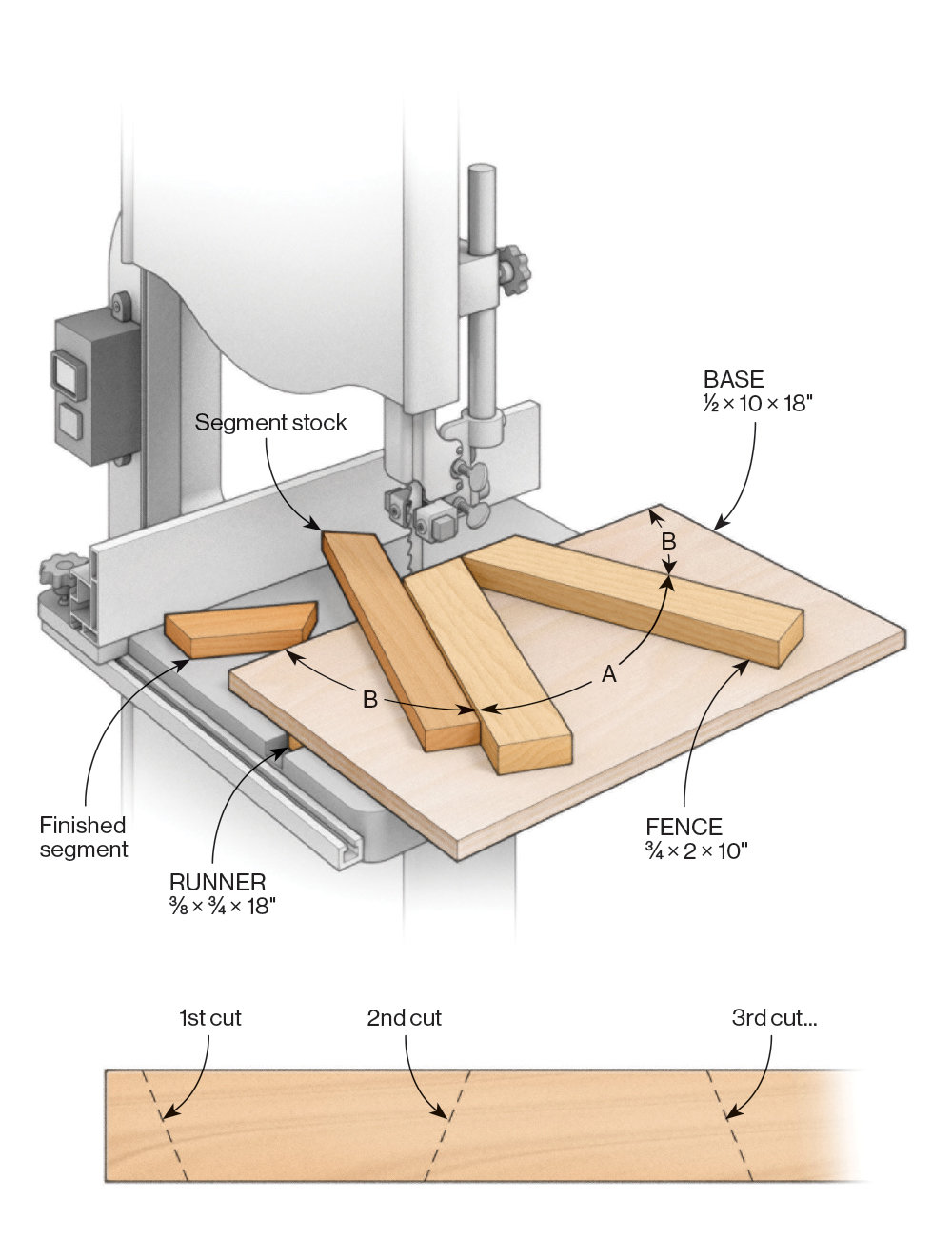