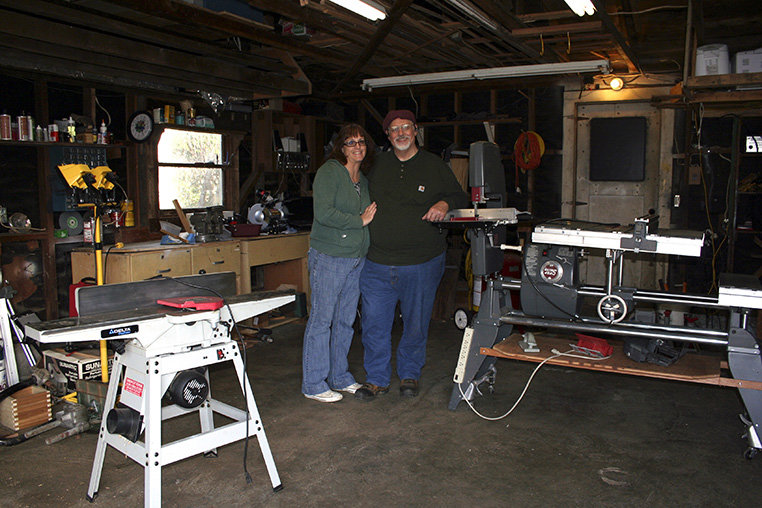 Woodcraft congratulates Robert Edwards of Eureka, California, winner of The American Dream Shop Sweepstakes, and will visit The American Woodshop with Scott & Suzy Phillips in April 2012.

Robert has been more involved in his woodworking hobby since his retirement two years ago from social work. He has also attended a cabinet making and mill working class at The College of the Redwoods in the remote rural town of Eureka, and occasionally joins a group of woodworkers called The Humbolt Woodworking Society which meet monthly in that area. 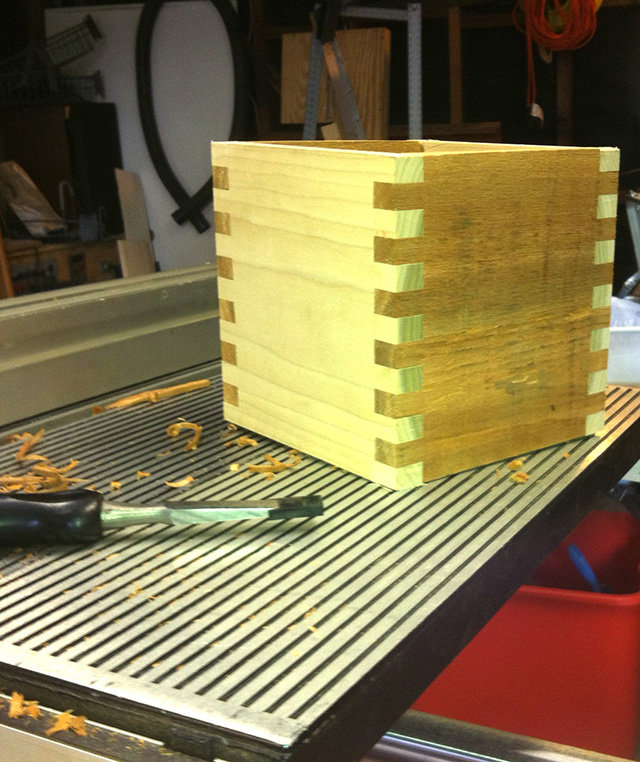 Robert acquired some of his tools from his father-in-law, like the Shopsmith pictured above. He also purchased a used Delta Jointer, table saw and 6″ bandsaw while slowly growing his shop. But those days are over now that he is making room for all the new tools he’ll be receiving from Woodcraft, Delta and Porter Cable! Robert stated, “This is so perfect to round out my shop. Using the Shopsmith is nothing like what I am getting in this sweepstakes package.” Robert also mentioned, ” I was in Oregon when Woodcraft called and left the email message. I was skeptical at first because I always get emails stating I won something, but never really turns out that way, but then I remembered signing up for the contest online.” Needless to say, Robert was overwhelmed and very happy that this was the real deal! With his new winnings, Robert will be delving into larger furniture projects, and perhaps earning some income from his skill set. We look forward to meeting Robert and Noreen at The American Woodshop, as The Woodworking Adventures Blog continues to follow this story.

Robert won the Grand Prize through an online entry as he is located 5 hours away from the Sacramento Woodcraft store. His one-day, two-night trip for two to Ohio to watch the taping of The American Woodshop with Scott Phillips includes airfare and hotel accommodations for two persons during the month of May, 2012.  Total prize value, including tools is estimated at $14,000.  The Tool Prize Package includes:

The contest promotion was held from September 1 to November 30, 2011 through all Woodcraft stores, online, and mail-in’s. We received 26,074 unique entries, many with some very artistically designed envelopes. We thank you all for taking the time to do this, and we wish you luck in future contests and sweepstakes. 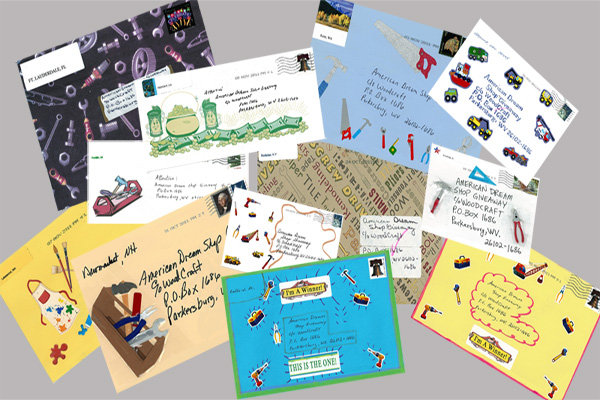 Winner and guest must travel to and from the same airport (major airport closest to winner’s home) and have the same travel itinerary.

Winner and guest must possess valid travel documents (i.e., valid photo ID or passport) in order to travel.
Failure to follow travel itinerary as arranged will result in forfeiture of prize.
Airline-initiated schedule changes and flight delays do not constitute failure to follow itinerary.
All taxes, meals, entertainment, tips and other items not specified herein are the responsibility of the winner.
A PDF containing the complete rules and regulations is available HERE.

Be sure to look for the follow up story from The American Woodshop this April with Scott, Suzy, Robert and Noreen.

See you at The American Woodshop…Frank!