This article is from Issue 87 of Woodcraft Magazine. 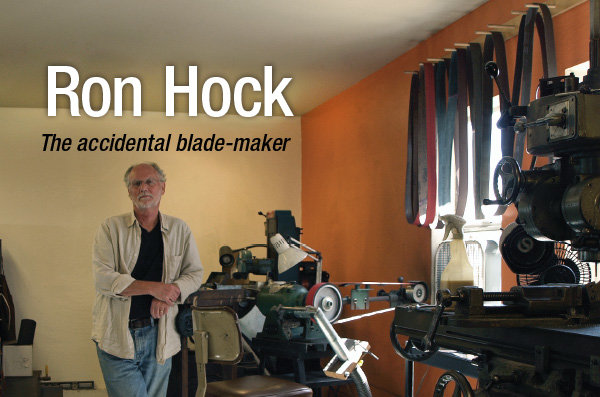 Anyone who takes hand planes seriously has heard of Hock Tools and its founder, Ron Hock. Since 1982, he has made what many consider the best plane blades on the planet. His Stanley replacement blades are 3/32" thick, considerably beefier than the originals. His Krenov blades are 3/16" thick, on a par with the blades in Japanese planes. A Hock chip-breaker is twice as thick as a Stanley original. The thickness significantly reduces chatter and makes for much smoother cuts. Hock originally used only high-carbon O1 steel, which can be honed to a very keen edge. He now also uses A2 steel, which is a bit more difficult to hone, but offers better edge-holding qualities. Based in the gritty Northern California town of Fort Bragg, Hock Tools is inextricably linked with James Krenov and the woodworking school he founded not far from Hock’s shop. In addition to the blade business, Hock is president of the board of the Krenov Foundation, which supports the art and craft of fine woodworking through scholarships, exhibitions, publications and an online archive of Krenov’s work. I recently caught up with Hock by phone (he answered on the first ring) to find out more about how he fell into the plane-making business. 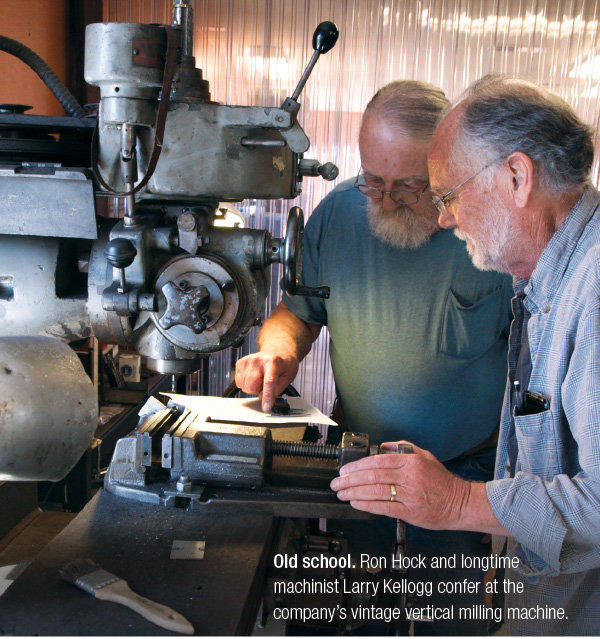 WM: How did Ron Hock wind up in Fort Bragg?

RH: I’d been working in my father’s baking-equipment business in southern California. I helped him sell the business in the spring of 1981. My wife and I had friends in Fort Bragg, so we moved here later that year.

WM: What were your first years in Fort Bragg like?

RH: I was making knives and trying to sell them at craft fairs. I was busy going broke. About a year after we moved up here, Krenov’s future son-in-law came by, asking me to make blades for the planes the students used. They made these beautiful wood-bodied planes but had to go to the hardware store and buy low-quality replacement blades.

WM: Was it easy to switch from knives to plane blades?

RH: No. I was at the bottom of the learning curve. I knew almost nothing about planes. My first batch of blades wasn’t very good, but I switched to a different steel, and that worked out just fine.

WM: Tell me about your relationship with Krenov.

RH: I was making blades, but on a small scale, and Krenov was almost like my sales manager. [Here, he does a wicked imitation of Krenov’s distinctive high-pitched voice.] He’d say something like, “I’m going to Denver for a song and dance. Give me some brochures to hand out.” In 1984, I bought a tiny ad in Fine Woodworking magazine. Krenov never endorsed anything. So, I asked very cautiously if I could call my blades Krenov-style in the ad. “Call them Krenov quality—it’ll sound better,” he told me. It worked, and took me entirely by surprise.

The ad led to a call from Woodworkers Supply of New Mexico. They asked what my wholesale price was, and I went gulp and changed my whole pricing structure. Shortly after that, I got a call from Woodcraft. Without them, I don’t think I would have made it.

I don’t want anyone to think I’m cocky. I have a career because of Krenov, and I’m very grateful. I had the wind behind me and fell into something great. 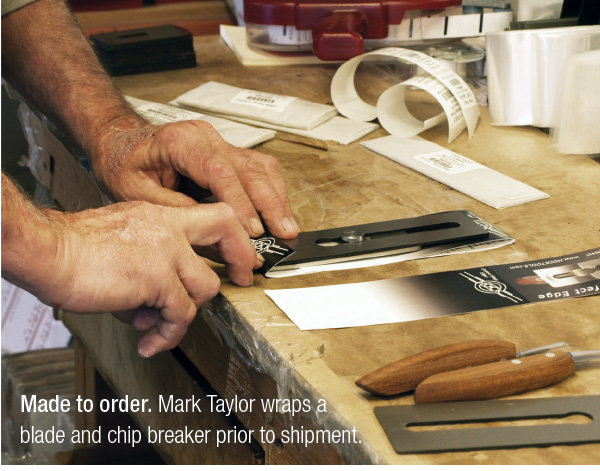 RH: I constantly think of expanding, but I’m a cautious sort, so I wait until enough people say, “we need this” before I go into production.

WM: Do you make everything in Fort Bragg?

RH: We used to. Our headquarters used to be a shack in my backyard. But about twenty years ago, we contracted with a small family-owned factory in France, and it now accounts for about seventy percent of our output. They’re very high quality and no one has beaten their price. It would take a lot to pry me loose from this arrangement. In 2014 we moved to a small building on Fort Bragg’s main street. This tripled our space and was one of our better moves in terms of acting like grownups. Someone who walks into our new shop will see Larry Kellogg machining and Mark Taylor handling inventory management, shipping, and that stuff, just like before. There’s no magic here. Trade secrets are minimal. We’re using World War II technology.

WM: What’s are the most common sharpening mistakes you see people make?

RH: Getting steel too hot or being too impatient to practice. Every woodworker should practice sharpening until it’s second nature and easy—no big deal.

Watch Ron Hock assemble a Krenov-style plane from one of his kits and use it to take some really thin shavings. 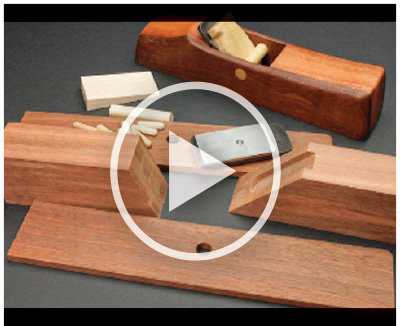