Home Articles Handcraft Your Own Utensils for National Pizza Month

Handcraft Your Own Utensils for National Pizza Month 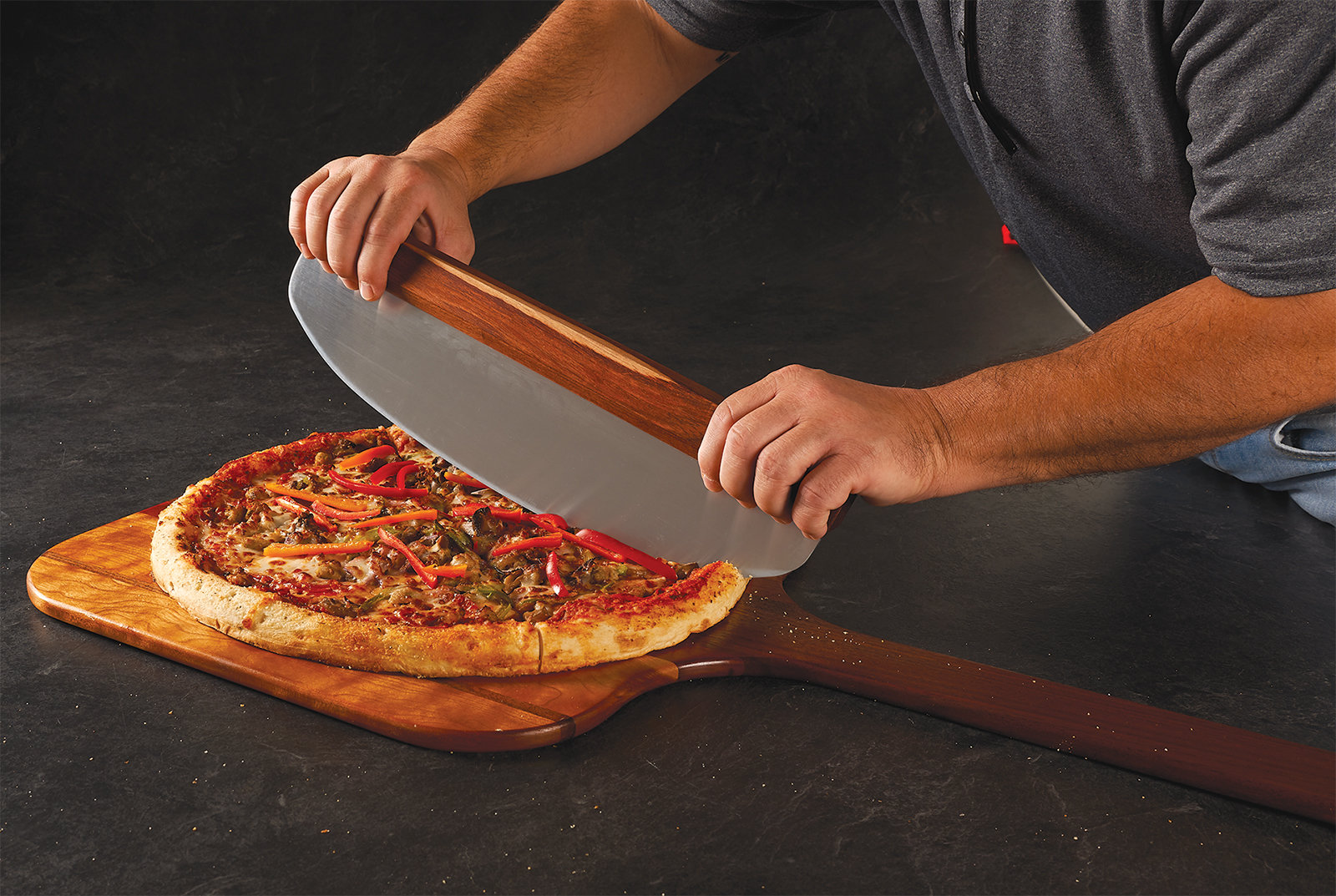 Add a handle to the WoodRiver 16" Rocking Pizza Cutter Kit, and be ready to cut any size pizza at your next gathering.

If you haven’t heard or maybe forgot – October is National Pizza Month. But then, it could be argued that every month is Pizza Month in the United States!

Pizza was first made in 1889 for Italian King Umberto I and Queen Margherita on a trip in Naples. In the United States, returning American soldiers who fought in Italy during World War II brought a hunger for pizza home with them and contributed to the rising popularity of pizza. Today, pizza is an American staple with an estimated 63,000 pizzerias serving a wide variety of pizza and 94% of Americans eating pizza at least once a month.

October was first designated as National Pizza Month by Gerry Durnell, a pizzeria owner in the small town of Santa Claus, Indiana. Because there were no periodicals or tradeshow publications to support his growing pizza business or the industry in general, he launched Pizza Today magazine and founded National Pizza Month in 1984 to solve his publicity problem. Learn more at pizza.com, nationdaldaycalendar.com and pizzatoday.com.

If serving pizza with a handcrafted utensil you made yourself appeals to the woodturner in you, then you should check out the four pizza utensil kits Woodcraft carries. Add a handsome handle turned on a lathe or using a standard knife making process, and you will have a one-of-a-kind utensil that you can have fun showing your pizza-loving friends.

The WoodRiver 16" Rocking Pizza Cutter (shown finished at the beginning of this blog) is the newest addition to the Woodcraft line of pizza cutlery. The 16" 3Cr13 stainless steel straight edge, extremely sharp beveled blade halves a pizza pie in one pass. Cutter’s rocking motion makes it easy to use, and since the center of force is concentrated over the blade, it applies twice the downward force compared to conventional cutlery. Blade measures 16" long x 4" wide x 3/32" thick.

The kit’s design allows you to create one continuous handle across the blade’s spine or two 4" handles, one for each end.

For more information about material to make a handle for this kit and how-to instructions, click on this link. 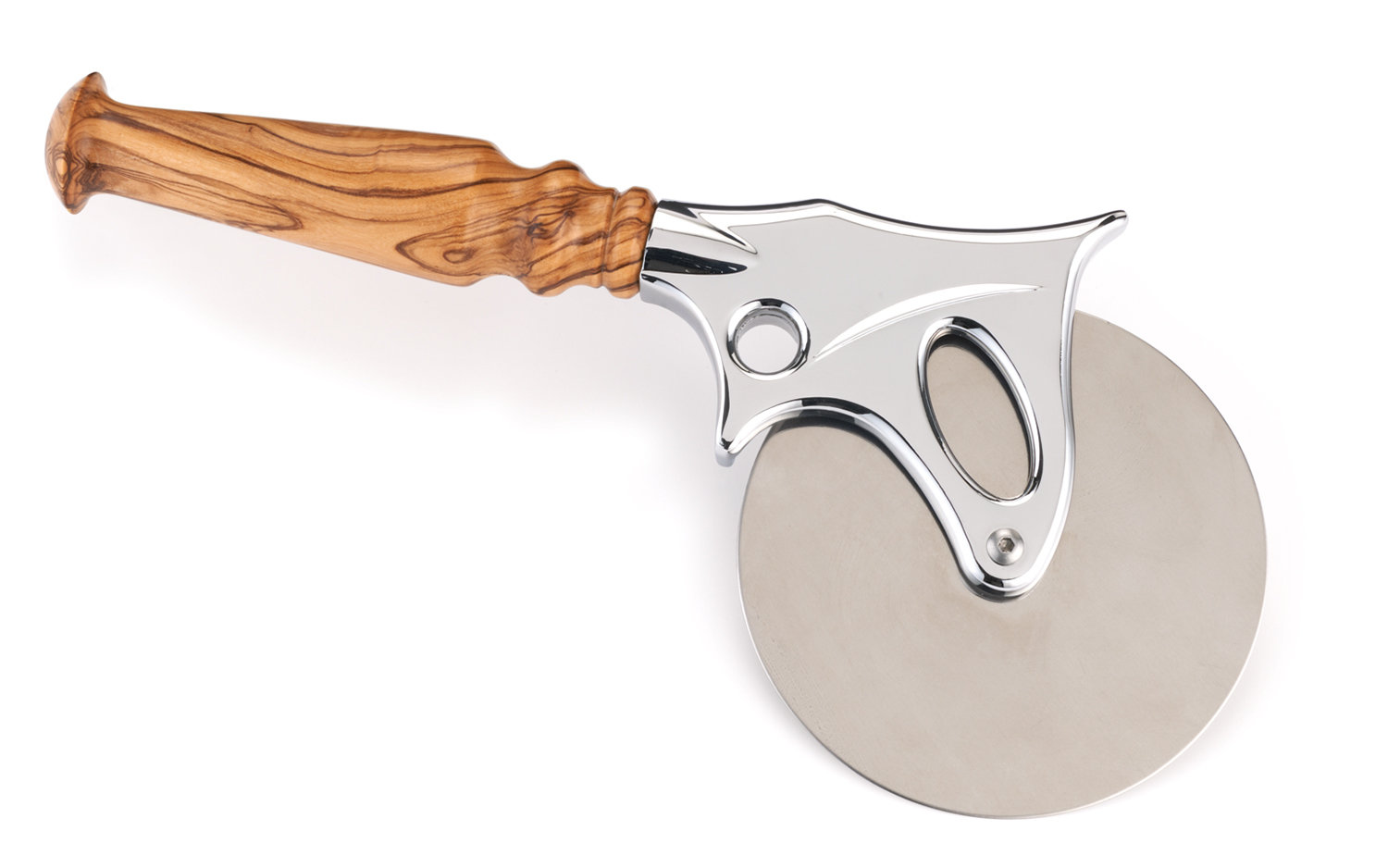 This WoodRiver Pizza Cutter with 4"-diameter stainless steel blade shown above was made from a kit (below) and a handle turned from a wood blank sold separately.

The WoodRiver Miniature Pizza Cutter with a 2-1/2" stainless steel blade, shown above, was made from a kit (also shown above) and a handle turned from a wood blank sold separately.

Click on the link HERE to learn more about what materials are needed and how to make a handle for both of these cutter kits. 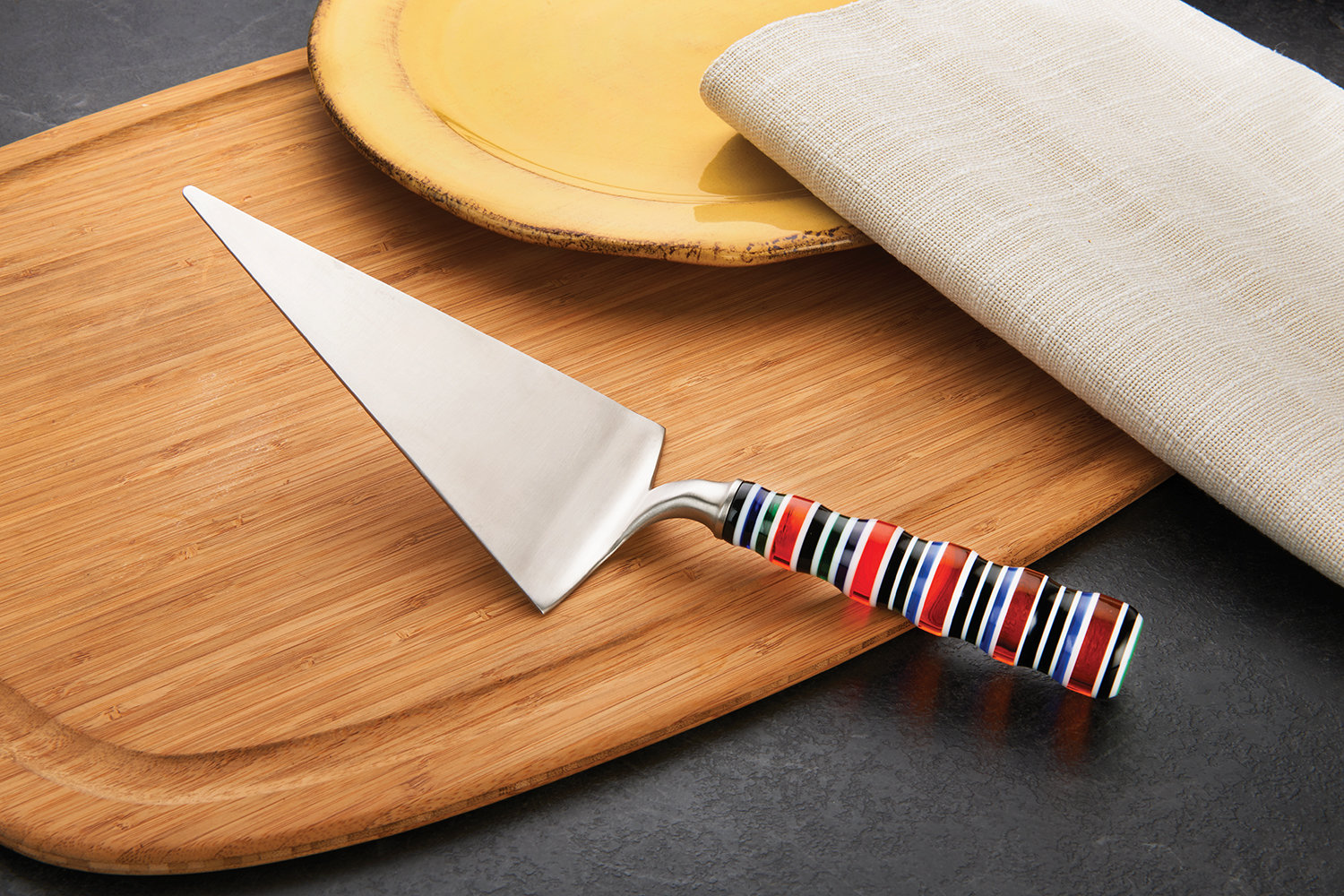 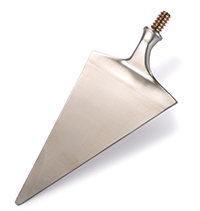 The WoodRiver Stainless Steel Pizza Server, shown above, was finished with a handle made from man-made material sold separately. Kit is pictured at left.

Click on the link HERE to learn more about what you will need to turn a handle for this kit and how to do it.

Pizza Today offers the following History of Pizza in the U.S.

Plan an October Pizza Party today, and start handcrafting your utensils!  While you are at it, make an extra one or two to give as gifts in the upcoming holiday season or for special occasions. Woodcraft has everything you need!